* I just put 16 soccer games and 40 practices on my calendar and I'm feeling guilty because I'm dreading it. That's my native cheery optimism shining through.
March 26, 2009 at 5:21pm

* Taking my kids to their most-anticipated summer event—a trip to the dentist. That's either a high compliment to Dr. Boyden, or a sad statement on everything else we've done.
August 10, 2009 at 1:34pm

* Ainsley keeps saying "Mom, let's clean the whole house and surprise Dad when he gets home" and I keep thinking "That word LET'S, I do not think it means what you think it means."
September 5, 2009 at 10:57am

* Joey and I have been planning his 9th birthday party for a week. When he came up with a guest list of 20 kids and the location fell through, I offered him cash and a fun family activity in lieu of the party and was thrilled for a change to have such a mercenary kid. Mother. Of. The. Year.
September 17, 2009 at 5:04pm

* We won a complete set of Seinfeld DVDs at the company party...time to bring the Thursday night parties back.
December 3, 2009 at 11:07pm

* We LOVED the concert last night! I think there are still a few tickets left for tonight's show—you should go!
December 19, 2009 at 10:07am

* The kids can't wait to go to bed, which is a good thing, since we've got several hours of wrapping and assembly ahead of us. Merry Christmas everyone!
December 24, 2009 at 8:14pm

I'm linking to the giveaway for these cool nativity hurricanes on the simplemom.net site so that I have an extra chance to win. Love these.
Posted by Michelle at 1:18 PM 1 comment:

She can't really spot me on the bench press, but Ainsley is very enthusiastic, and a great flexibility coach. I'll be struggling to touch my toes, and she'll say, "No mom, you're doing it wrong. Just do this. See, it's easy!" 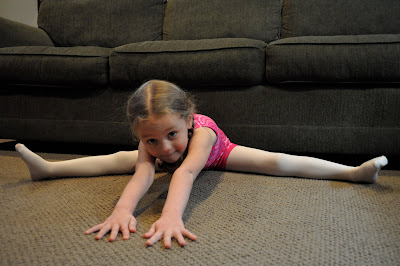 Here she is working out with me this morning. We've taken a page from Rob's book and are watching a Palladia concert. This one is Jason Mraz's Beautiful Mess.
Epic. Awesome. Music. Thank you Natalie, for posting your favorite music on your facebook page so I could discover him last year.
Posted by Michelle at 9:50 PM 2 comments: 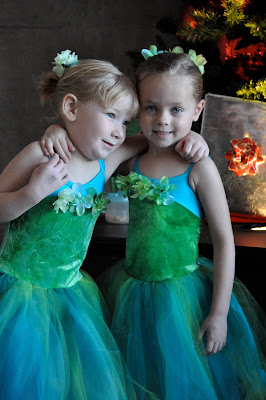 Ainsley had a performance at the festival of trees yesterday. It was pretty hilarious watching her grab the little girl closest to her so she wouldn't slip in her tap shoes. As my aunt Jan said, all they really had to do to entertain us is walk out on the stage looking cute. Here she is after the show with her best non-cousin friend.
Posted by Michelle at 4:56 PM No comments: 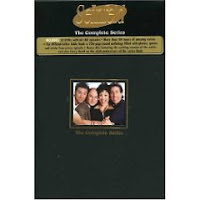 Well, the force must be with us. In addition to the reflections contest and the fabulous brownies, we scored big in the raffle at the company party. There were around 10 prizes, and our tickets got picked four times! It was actually a little embarrassing. Of course there was a one prize per couple limit, but we walked away with the complete set of Seinfeld DVDs. I may need to call one of my Idaho friends and have them purchase a lottery ticket for me! :) And of course I'll need to create a new label for the blog: "winnings." Or maybe I can tag it as "traditions" and keep the luck coming...
Posted by Michelle at 10:52 PM 3 comments: