Thursday doesn't really count as a day in NYC, since it was just a taxi ride to the airport, followed by hours of travel.

We landed around 4:30 p.m., and made it home by 5:00 p.m. There was about an hour of hugs and I-missed-you-so-much bliss. The souvenirs were a big hit, and it felt good to be home.

Then, at 6:00 p.m., Rob left for the Utah game (that's the whole reason we didn't stay for the weekend) and everything melted down. They all had homework they'd left until that night, there was unfinished piano practicing, and I had to scrounge up some dinner. No one was using their inside voices, and Ellie kept covering her ears and crying for everyone to be quiet. Soon it was obvious that her ears hurt, which almost certainly meant an ear infection. Because we have new insurance, I had to figure out where I could take her, tell all the other kids to put themselves to bed, and head to urgent care. Yep, an ear infection. By the time we stopped at the pharmacy, it was way past bed time for both of us. Long day. 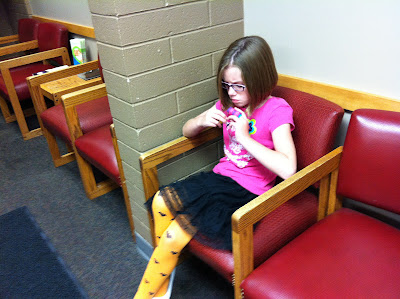 Waking up to 14 loads of laundry didn't help. Plus I had a gospel doctrine lesson to prepare, court of honor to plan, PTA and room mom activities coming up, and a new calling as Relief Society secretary. Thank goodness at least for General Conference weekend!

I knew I needed to hurry and document our trip so I could remember that it was worth it, in spite of the trouble it is to get away and then recover from an adventure like that. And it was. Jane Austen nailed it though, when she said,


"There is nothing like staying at home for real comfort!"

I got an unintentional early (5:00 a.m.) start, because I woke up with a very poorly timed infection. On my way down to the pharmacy I had my only celebrity sighting, through the windows of the Good Morning America studio. Although it's hard to see from here, Robin Roberts and George Stepanopoulos appear to be just as good looking in real life as they are on TV. 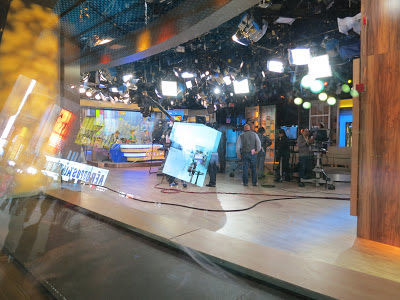 After a long morning involving a semi-comical visit to the doctor in order to get a prescription, I finally felt better and debated my options for our last afternoon there. I had hoped to spend the morning at Columbia and the afternoon at a Broadway matinee, followed by some neighborhood wandering. I had to pick one of the three, and ended up wandering, hoping to pick up some gifts to bring home. I went to the Chelsea Market: 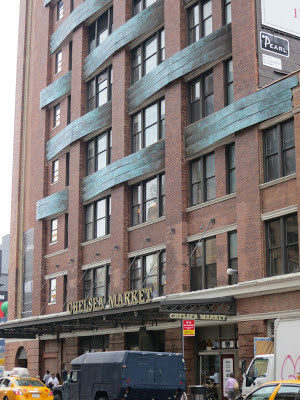 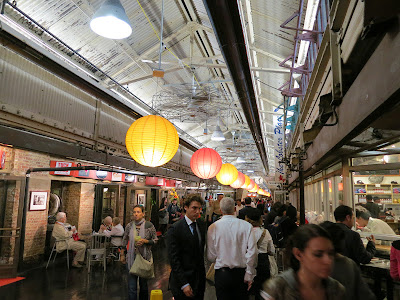 And this is when I snuck back to Stand4 for a shake. I also went by The Strand bookstore for some souvenirs (book bags for the boys). 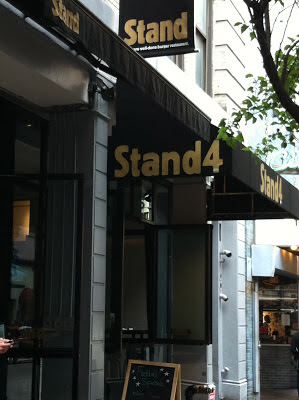 I had searched high and low for a Columbia sweatshirt, and was so excited when I serendipitously saw this store that we'd seen on our first evening wandering around (only couldn't remember where). Unfortunately, they weren't selling college gear, just hanging pennants to look preppy. 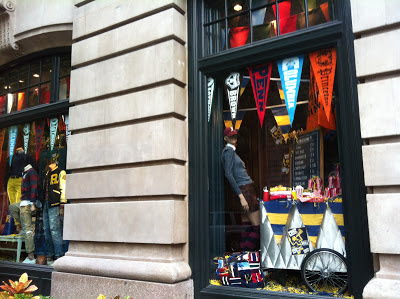 We had tickets to the 9/11 memorial that night. Being married to the genius behind this, I can't help noticing logos. I really like the 9/11 Memorial logo: 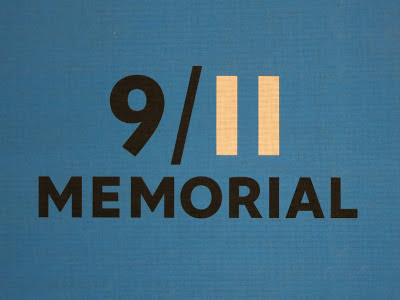 It was sobering to see the pools and the names of all the people who died on that tragic day. The museum isn't open yet, but there is a visitor's center with a film, photos, and displays of possessions found in the rubble. 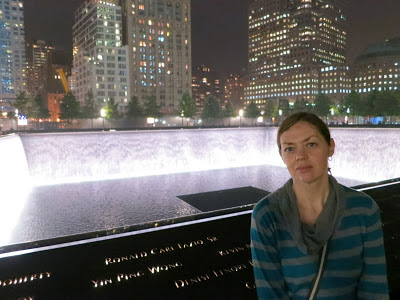 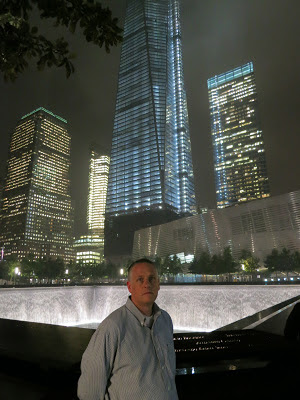 Afterward we walked over to Trinity Church—here's Rob in front of Alexander Hamilton's grave. 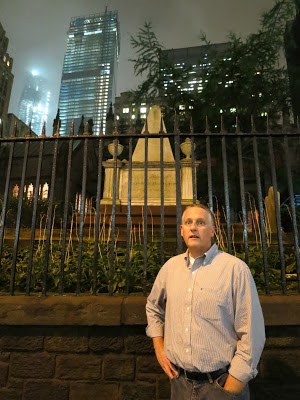 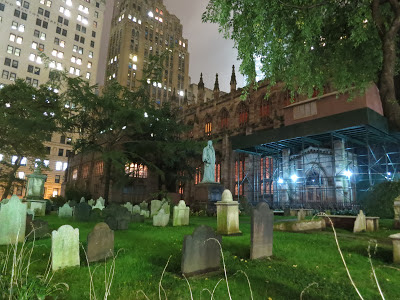 Right in front of the church are the remains of the Occupy Wall Street protest. I made Rob stand here for a photo to try to catch them in the background. Let's just say we weren't really impressed with the caliber of the people camped out there. :) 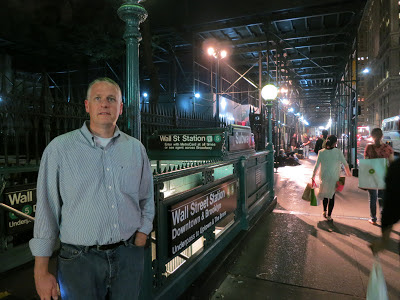 We didn't do all we wanted to do here, even though we pretty much filled every minute. Guess that means we'll have to go back. :)
Posted by Michelle at 11:30 PM No comments:

Tuesday was museum day, a good choice for a rainy day. But I couldn't resist a couple of book-geek stops along the way. The famous Algonquin Hotel: 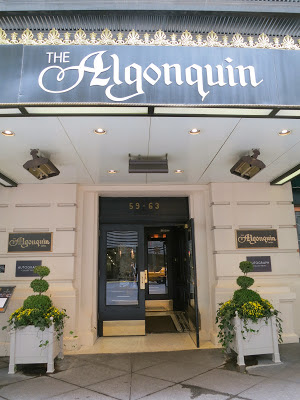 And, once again, the NY Public Library (only this time it was open). They have Lego versions of the iconic lions in the lobby. 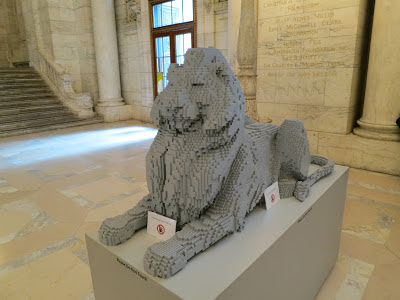 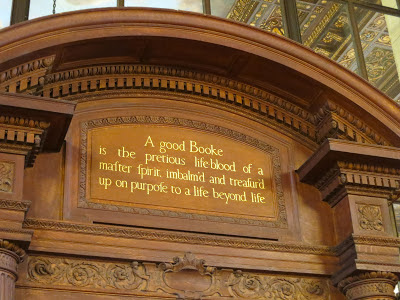 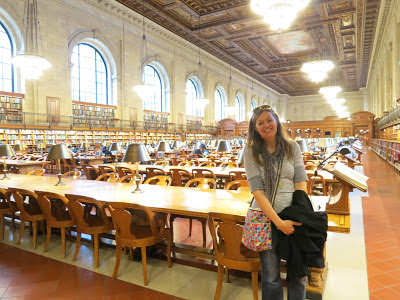 I also went back to Macy's, thinking that in a store so huge surely I'd be able to find some 33" length pants for Rob. Um, no. Apparently he didn't get the memo about staying in the even numbers for sizing. 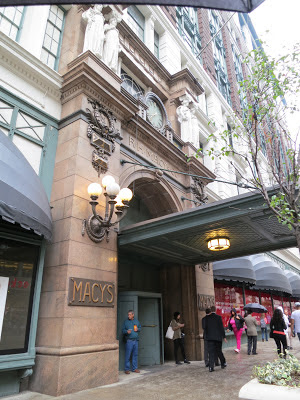 I loved The Frick. The size was perfect, plenty to see, but not overwhelming. The audio tour was great, and the mansion itself is worth seeing, even without the art. 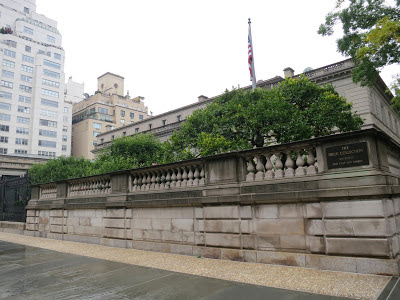 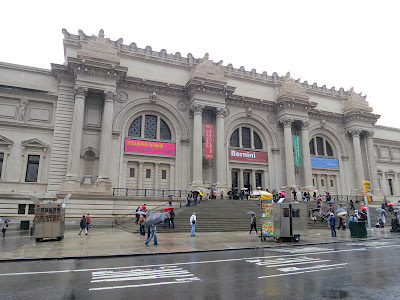 The Met is just huge. By the time I got there it was just too much. I ate in the cafe and wandered aimlessly, mostly in the modern European painters wing. 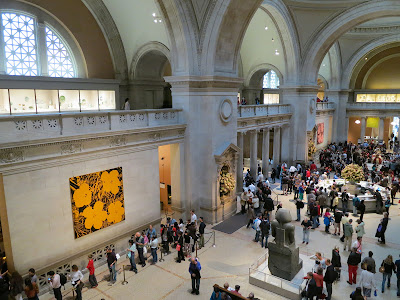 I bought the girls' souvenirs at the American Girl store (matching NYC t-shirts for them and their dolls), and picked up some Legos for the boys (the architecture series—Empire State Building, Rockerfeller Plaza and The Guggenheim). 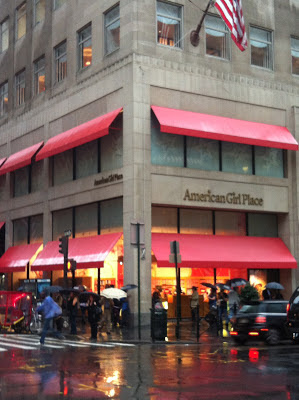 We had dinner at Trattoria Trecolori, for the second time. The food and service were both excellent, and as you can kind of see in the photo below, it was right next to the theater for Peter and the Starcatcher, which we saw that night. Of the shows we saw, it was the "indie," very creative and witty. I loved the Peter series (I highly recommend the audio version, it's read by the fabulous Jim Dale), and wanted to check out the show because it's coming to the Shakespearean Festival next year, and the kids loved the books too. I might take the boys, but I think most of it would go over the girls' heads. 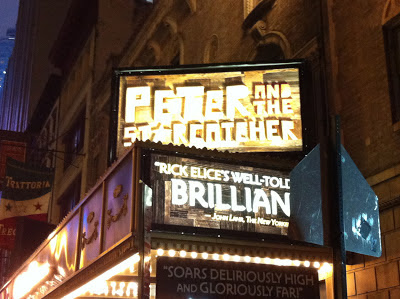 Monday turned out to be the perfect weather for the three hour tour around Manhattan. The views were great, and the tour guide was informative and fun. 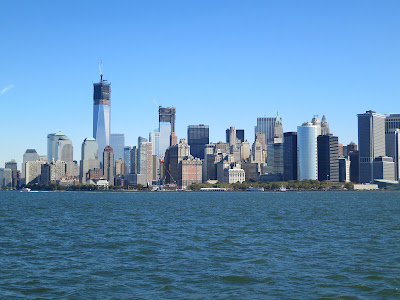 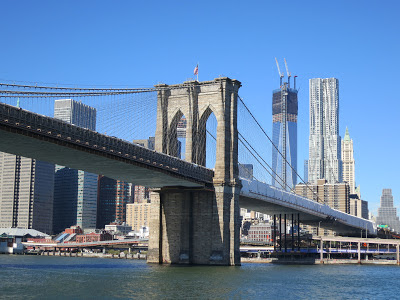 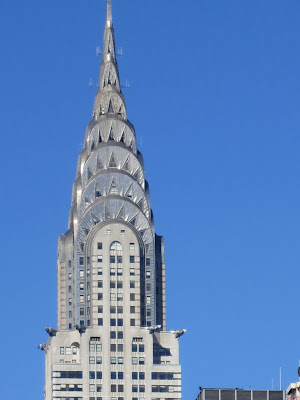 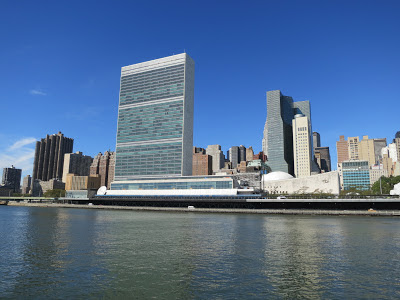 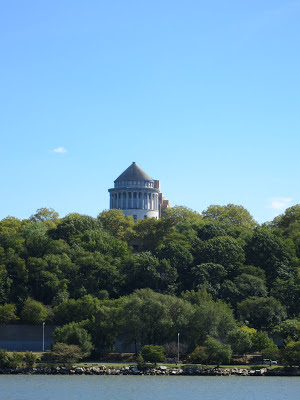 I spent the afternoon shopping. The kids would have loved the Toys R Us store. 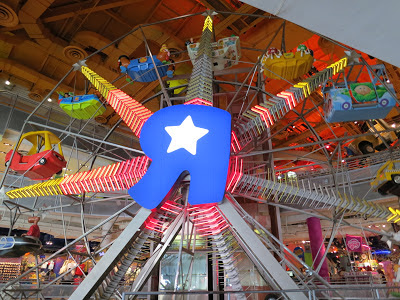 And Macy's was huge, seriously the size of a mall. 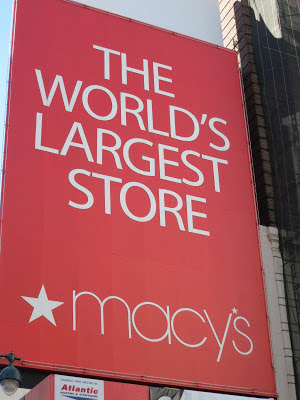 We went to Newsies, which was great. 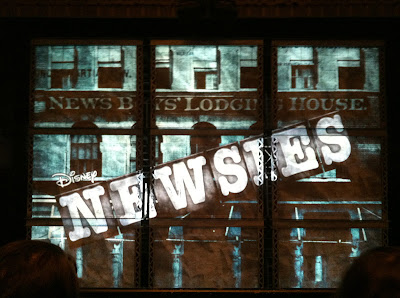 I can't remember where we ate, I need to remember to take photos of the restaurant or menu or something on trips, just as a reminder. I'm probably forgetting other stops too, because I didn't take pictures. I am clearly too dependent on my camera as my memory. I do remember that it was a beautiful day.
Posted by Michelle at 11:30 PM No comments: