As he states so eloquently here, Photo Scrooge's "idea of hell is a visit to Kiddie Kandids (or any other over priced photo studio) with four kids on a Saturday morning." Which is exactly what I did this very Saturday morning. He was at school, and thus spared the torture. I think it was worth it. My favorite shots are lucky candid shots, but it's nice to have a portrait besides the one taken at the school once a year. And I'm much wiser now—instead of taking each kid on their birthday and buying a bunch of poses that I'll never use, I just take them all at once for one close up and a couple of group shots. We were done in record time and stopped at Dairy Queen for an ice cream cone reward afterward. 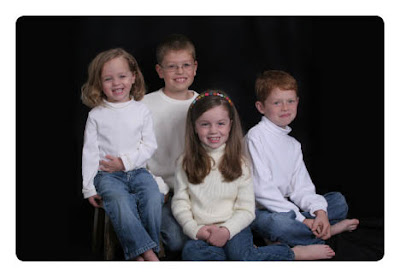 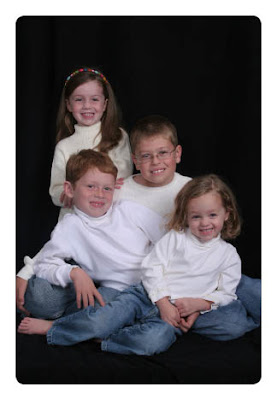