A League of Our Own

Yay! I'm finally done catching up April, all backdated. I can finally move on to May, and that won't take long, because I quit taking photos, knowing that I was so behind.
When I filled in our May calendar, I was slightly alarmed by the weekly YM softball games. Robbie played one season of Little League, but that was FOUR years ago. On Saturday, we got out our mitts and threw balls in the backyard for as long as my shoulder could take it. The boys had such a good time that they suggested a "game" with the Stringhams for family night. 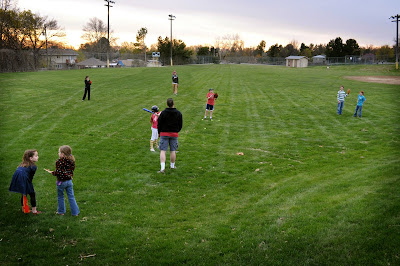 We used tennis balls, hoping to avoid any ER trips for our inexperienced kids. 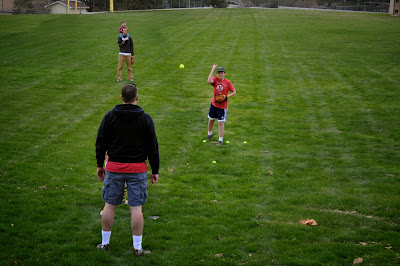 I love that Samantha wore a "uniform." 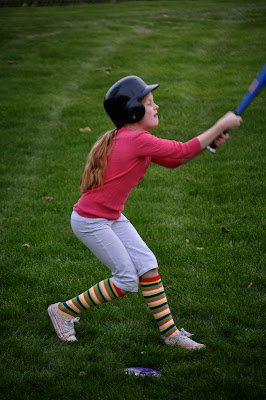 Our league is open to kids of all ages. 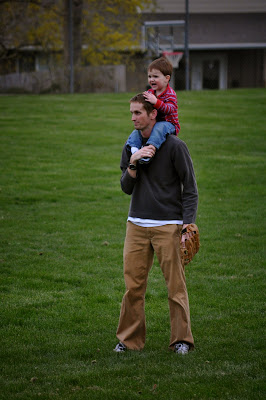 I love this photo of Jonas and Samantha, demonstrating the seldom-seen "baseball flop." 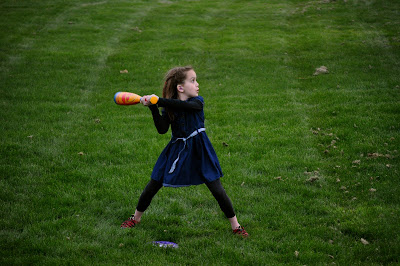 She takes after her Uncle Rob. 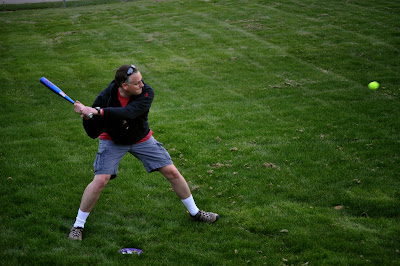 Check out that follow-through. 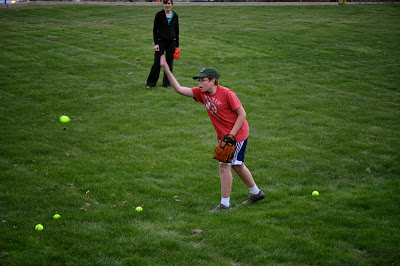 Rob loves to pose for the camera. 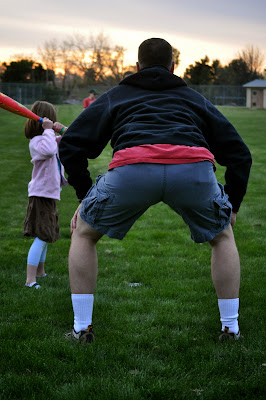 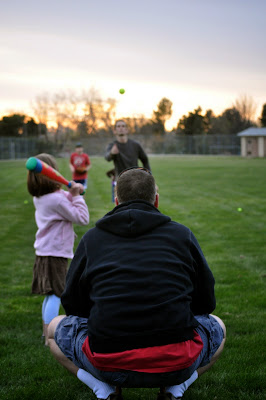 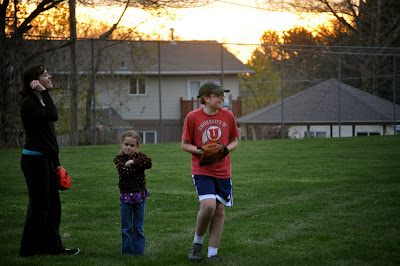 We didn't really play Marshes v. Stringhams, because that would hardly be fair—they've got an extra player. 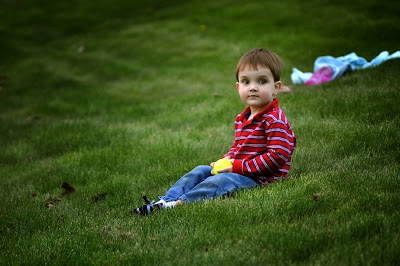 We had a great time. I kind of wish we lived in the era of the pick-up game. I hate that it's so competitive at such a young age now. 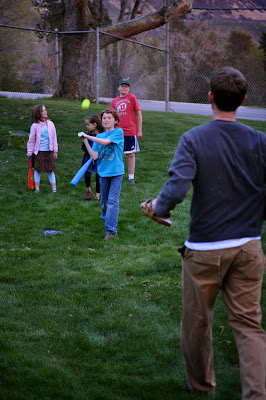 No, they weren't climbing the fence to catch a fly ball. 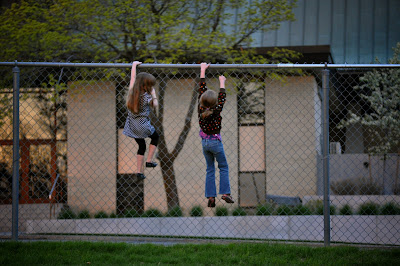 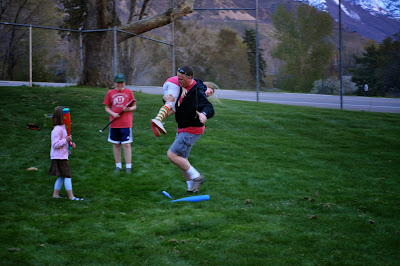 I'm glad you posted all those photos. I love them! The whole thing kept me smiling!