I try to have one every month—one day with NOTHING on the calendar. Today was that day. It's not that I had nothing to do, but no place that we had to be at a specific time. I could (and did) stay in my pajamas until 11:00 (until someone dropped by and I was embarrassed so I finally took a shower). I caught up on my e-mail and feeds, and did laundry. 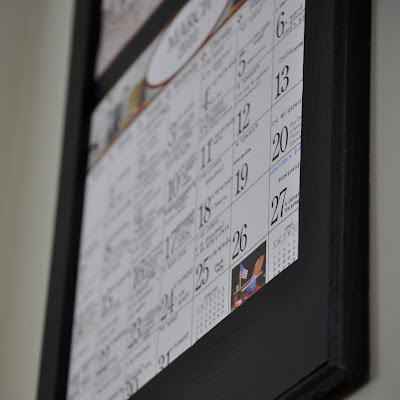 I also made bread. I've been doing this January 16th and it is SO much easier than I thought it would be! My first attempt was with a recipe from the local Bosch store, and it was good, but then my neighbor, who has been baking bread for 20 years, came over and taught me how to make her recipe. I forgot to take photos—you can read about that here. Since then, I've only purchased a few loaves at the store. Everyone except Ainsley prefers the homemade bread. It's best to see a demo rather than read a recipe, because you can get a better sense of how sticky the dough should be, and what the yeast bubbles should look like before adding all the other ingredients, but if anyone is feeling adventurous, here is the recipe. It's dangerously addictive for such a healthy food! 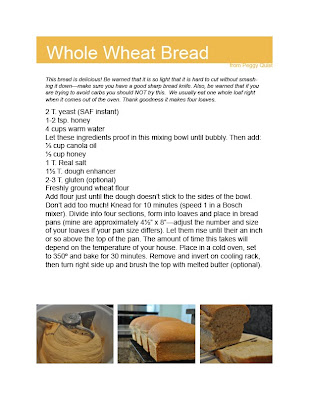 If you click on the recipe you can see a larger version. And if you want any of my recipes in a PDF (which is a much higher resolution) just leave me a message and I'll e-mail it.
Posted by Michelle at 1:59 PM

Ahhhh....a day with nothing on it, what a fun idea! Super excited for the bread recipe, we eat way too much around here to go all the way homemade, but I need to make more than I do now. Thanks for sharing!!

As for the banner, I made it in Photoshop. Do you have Photoshop yet?

Hoping to post about my cruise, we'll see how long the youngest three sleep...

Love checking on you everyday, wish we lived closer!!

Love, love, LOVE unscheduled days. Wish there were a lot more of them. I am enjoying a lovely slice of your bread right now. I think I'll use my birthday money to buy a whisper mill or whatever they're called.

will you give me a bread-making lesson? i would trade a skill if i had anything desirable to offer.